I'm morgenmidag and I love making games. I've always loved TD games, and now I started making my own! This is going to be a pirate themed TD game with pirate ships trying to take your pretty, rum and treasure loaded, pirate cove from you.

I'm using unity engine for this game and I plan on doing it all by myself, besides some help from the Asset Store ;)

The modeling is done in Blender and the coding in Visual Studio Code.

I'm still in the early stages of development, still working on a lot of boilerplate stuff to make designing this game as easy as possible. Most of the tweaking will likely happen in the waveManager class so I put a lot of effort into getting it right. I wanted full control over the spawning of enemies so I used the Builder design pattern to build a wave. This gives me the possibility to add, what I called, a WaveSection to the wave which in turn can consist of a number of enemies. This gives me all the flexibility to tweak and adjust the amount and type of enemies that will be spawned.

So far I've created the first level, mostly for testing purposes, and it consists of some islands you can build towers on. Enemie ships will spawn from the skull-like-rocks with the purple "EnemySpawnpoint" tags. They will try to get to the cove on the right of the map with the "home" tag. 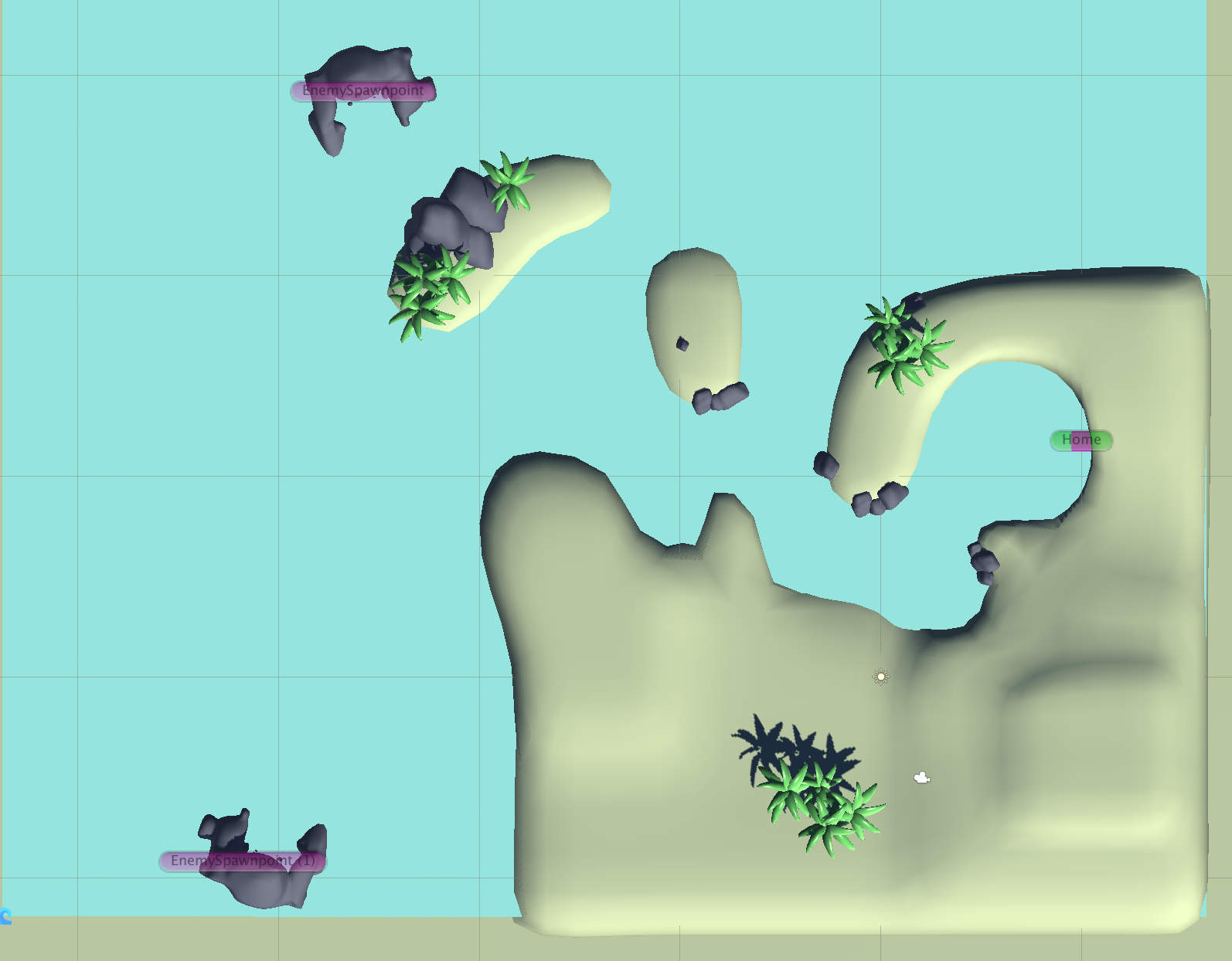 I expect to attach a downloadable version real soon for play-testing purposes. It would mean a lot to me if you would be willing to help me out with this. Give me a follow to stay up to date :)

Cheers from the Netherlands